Posted in by Tudip at 10:07 Comments Off on Docker and Docker Container

Docker is an open source platform which packages an application and all of its dependencies together in the form of docker containers, which ensures that your application will work seamlessly in any environment.

You can reduce the delay between writing code and running it in production by using Docker’s methodologies for shipping, testing, and deploying code.

In Docker each application is independent of other applications which also gives developers surety that they can build applications that will not interfere with one another. 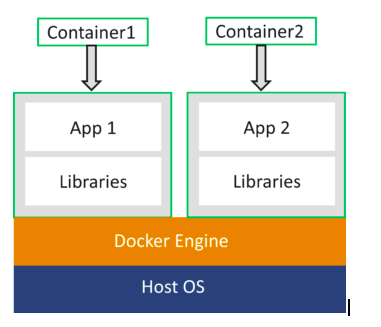 What is a Docker container?

Docker container is a standard unit of software which stores up the code and all its dependencies so that the application runs fast and reliably in any environment.

It is a standardized unit which can be created on the fly to deploy a particular app or environment. It can also be an application oriented container to full-fill the requirement of an operating system. For example: Tomcat-Ubuntu container or CakePHP container etc.

It is a blueprint for building the container. It helps in rearranging the scripts and files so that it produces a self-contained application. docker build can be used to create an automated build which executes several command-line instructions in succession.

What is Docker Image?

It is a read-only template that is used to create Docker Containers. These are also building blocks of a Container. docker run can be used to run the image and create a container.