Posted in by Tudip at 07:05 Comments Off on Getting Started with Flutter – A Cross-Platform App Development Framework

Flutter is a framework to develop cross-platform applications from a single code base for both android and ios Apps. The application is written in Dart, developed and maintained by Google and exported to the desired platform.  Dart is being used by Flutter for many reasons but, the most important one being the performance increase with Dart. Flutter’s performance increase is based on features such as AOT (Ahead Of Time) compilation, JIT (Just In Time) compilation, garbage collection management and many more features that come with Dart language.

The Rise Of Legend

How the journey begins…..

Ok, Ok I got it no one is interested in knowing the history. It is a super boring thing……

Unless the ‘history’ is not that far away. It is the latest among all the cross-platforms applications framework and any guesses who are backing this monster?

The first announcement about the Flutter was  5 years ago in 2015 at the Dart Developer Summit. Actually Dart is the language over which this masterpiece stands. It was initially called “SKY”, sounds cool right? It could be the reason behind the sky blue color in its logo.

Later, Google launched the 2nd preview of Flutter back in September 2018 and here the developers around the world felt its power and capabilities.

You don’t believe me? Here is the proof…

Even before the Flutter 1.0 was announced, many Flutter apps came into the stores. Apps like – Alibaba, Google Ads, Tencent, Reflect were proof that Flutter could be so Amazing and Yes it is Awesome.

Google launched Flutter 1.0, the stable version of Flutter on the 5th of December, 2018.

Just  14 months old and competing like the 14 years experienced. 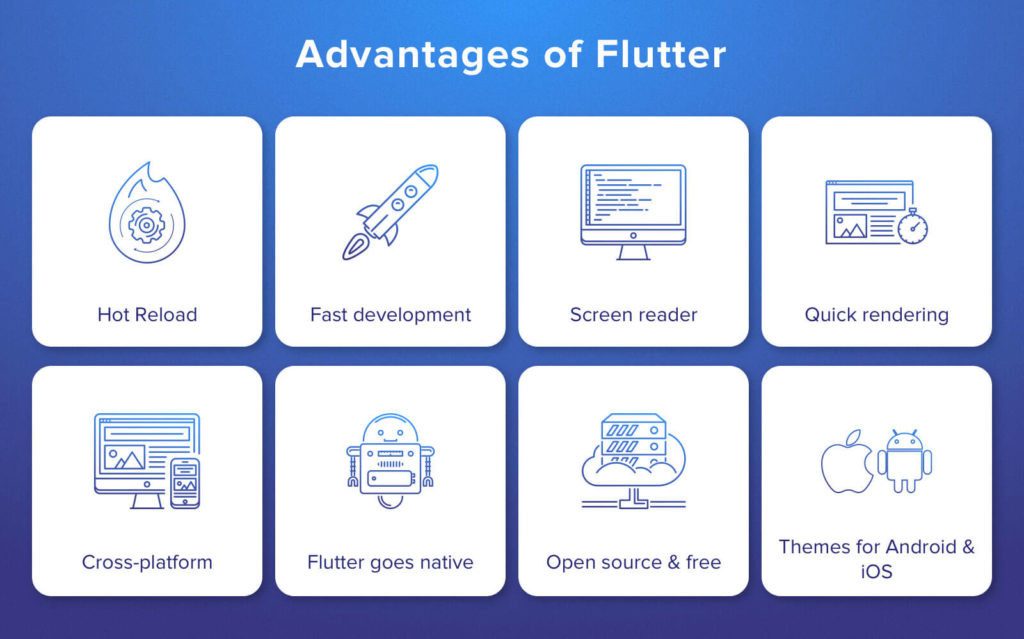 The Best thing for a developer while building an app is to see the changes instantly over the UI without restarting the app again and again. It is really frustrating for him. Well, Flutter has this amazing hot-reload feature that allows you to see the reflected change after bug fixes, building User interfaces and even with adding certain features to the app without running your application afresh over and over again.

Just save your code and flutter will do the magic for You!!!

Every time when you change the code, The Flutter automatically saves the code and invokes the Hot Reloading feature. Internally the flutter will perform the following mechanism. 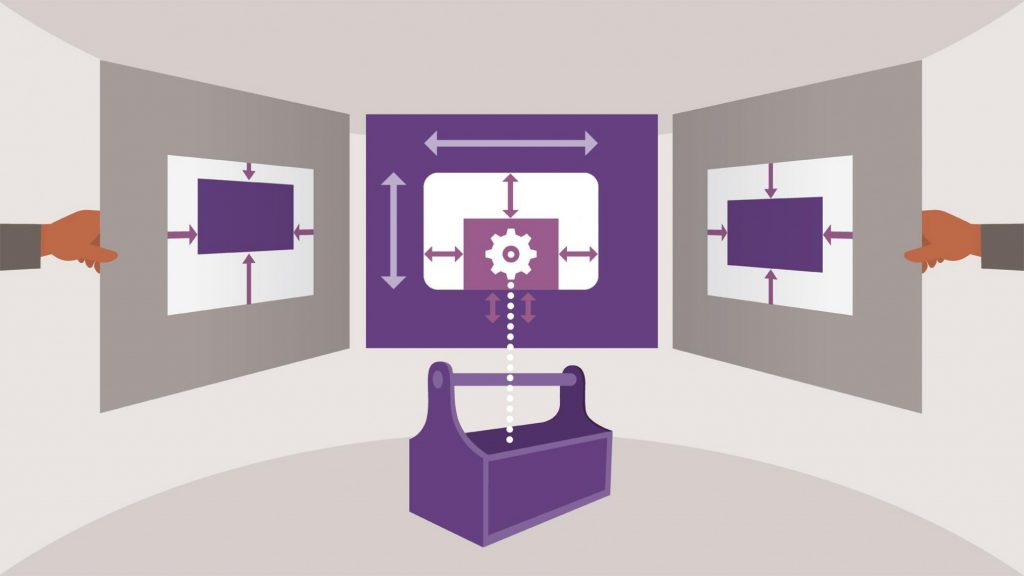 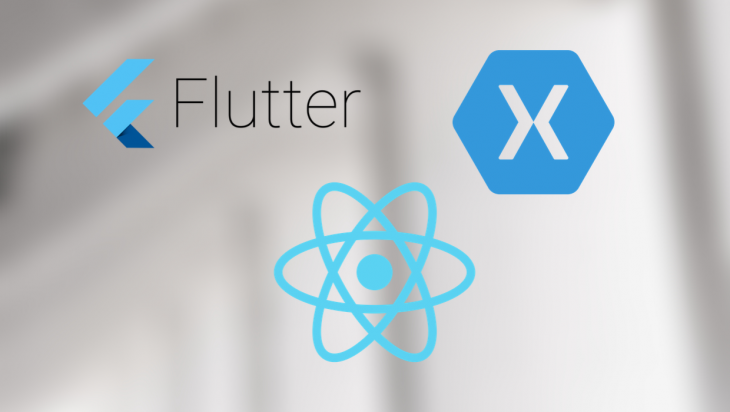 Everyone in the world accepts that Flutter looks good on paper, and You know what it is but how can companies who still doubt Flutter capabilities. Like seriously, At least they should be using it, before forming opinions about it. Nevertheless, Theories and opinions are one thing, but what we really want is proof of flutter capabilities.

Here are the parameters we are comparing these big players of the market.

The first and foremost factor to decide which cross-platform app is better than the other is its performance.

While everyone claims React Native and Xamarin provide near-native app performances, Flutter’s performance is better because Dart code is compiled to a C-library, which means it’s closest to the native code. Using C-library makes it really fast and this improves communication speed and provides better performance.

As per the Stack Overflow Developer Survey 2019, Flutter ranked as the most loved framework out of the three, with 75.4 percent of users expressing interest in continuing to develop with Flutter. React Native stands second with 62.5 percent, followed by Xamarin with only 48.3 percent.

Code reuse is what excites the developers most and encourages them to shift to cross-platform frameworks, so how much of the code written with each framework is actually reusable?

React Native allows you to write the code once and ship anywhere, but it also embraces considerable platform differences. It also means that from time to time you will face the issue of the platform on which your app is running. Still, a considerable part of the codebase can still be reused.

Flutter’s codebase is  exceptionally more reusable as it allows you to define one UI widget tree and reuse the defined logic so you don’t have to do a lot of differentiation, which you can also still do if you need to

Xamarin prides itself on allowing developers to reuse up to 96 percent of their C# code by leveraging the language.

The last big thing, When choosing a framework, we consider its community support, especially if you’re learning it. This includes repository, forums, documentation, tutorials, etc.

React Native has a pretty good amount of support over the internet. You can easily find a lot of learning material as well or developers on forums or QA sites like Stack Overflow to ask for support whenever you need any help.

Flutter is still relatively new, so it is yet to build a strong community like React Native. However, Google is investing heavily in it, and therefore it is expected to grow into a robust ecosystem in the future.

For Xamarin, support is quite limited. However, Microsoft provides some free Xamarin courses and learning paths to help you get started

When you choose a cross-platform development tool, You cannot get everything right, there is no one-size-fits-all option. All three frameworks have proven themselves successful in building great mobile apps. It is all about the requirement at the end of the day.

Currently, Flutter seems to be the most popular option as it is really great in terms of performance. So if you’re starting in the world of cross-platform development, Flutter might be the way to go for you.

However, you can’t rule React Native and Xamarin out just yet as they are still popular in other areas. For example, if you already have some prior knowledge of JavaScript, then it might be wise to go with React Native.

At last, it all depends on what you’re building and what you hope to achieve from your application. Any framework will have its issues, but the one where the advantages are heavily overweight those setbacks would probably be the right choice for you.