Posted in by Tudip at 05:04 Comments Off on How to implement Chart.js in Angular

Chart.js is an open source JavaScript library that makes it easy to include charts in your website. The charts are animated and responsive so we can show it on any device. If you want to combine Chart.js with Angular then we can use: ng2-chart. Adding this package gives you access to angular instructions so that you can use the Chart.js library.

To create a chart, we must immediately create a chart class. To do this, we have to pass a node, jQuery instance, or 2d reference on the canvas where we want to draw the chart. Here’s an example.

You can implement the chart in a simple way with the following instructions:

In your html file

In your component file:

The component should look similar to the following: 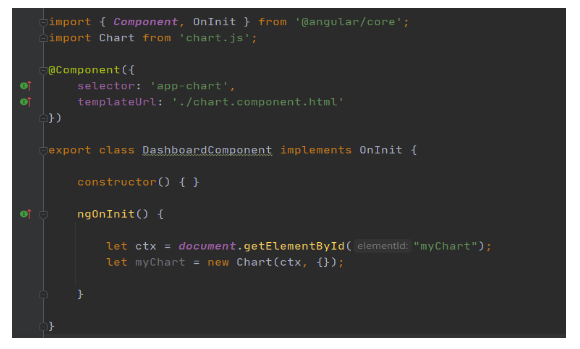 On this we are going to use some CSS classes of bootstrap, so we have to install bootstrap before that by using the following command.

Also be sure to add the following line of code to the styles to include Bootstrap’s CSS file.

Also make sure to add ChartsModule to the import array of @NgModule decorator:

Let’s add a base HTML structure (including tab navigation) to app.component.html: 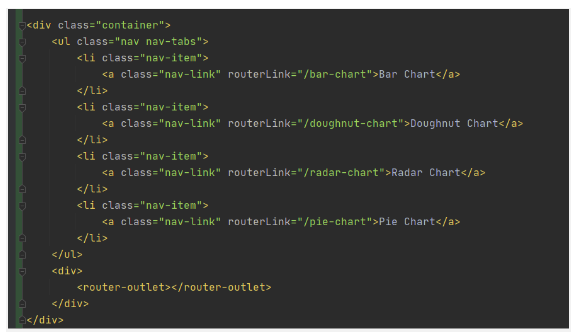 That’s it, we just implemented the chart js library in our angular project by using the ng2-charts package and created various types of charts like line, bar, pie, doughnut, etc. We can easily represent simple data in graphical UI charts using chartJs. You can get more information in the official Chart.js and ng2-charts documentation.