Posted in by Tudip at 05:12 Comments Off on Introduction of Kubernetes on Google Cloud 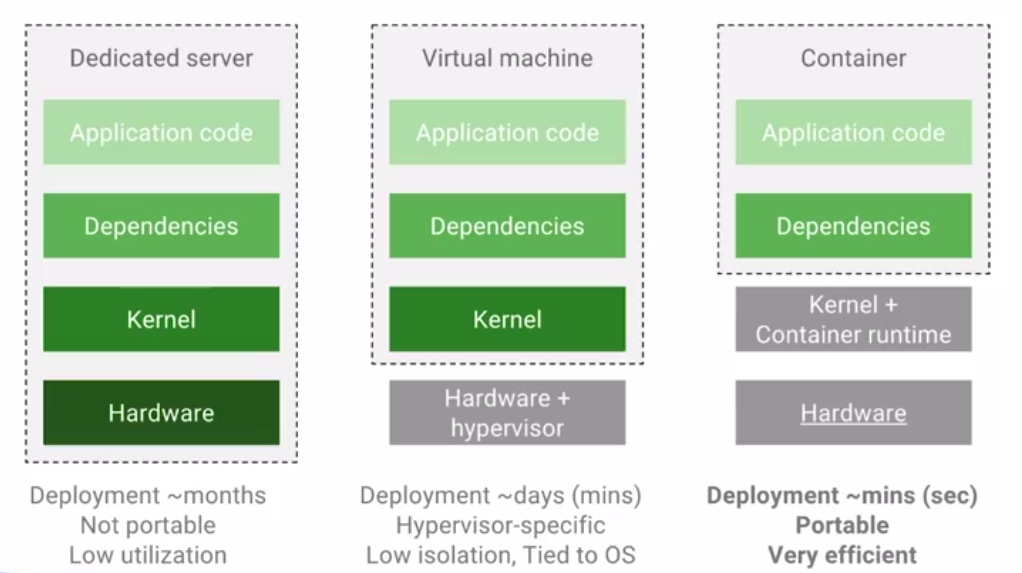 Virtualization, Containerisation, Docker
Back then when we used to build an application on the Dedicated server, we required hardware, in addition to the hardware we also had to install the operating system then. After taking care of these requirements only, we could run an application. The hardware was eventually abstracted by the virtual machine.

A container image is a lightweight, executable package that encapsulates everything that is required to run an application. It includes code, runtime, system tools, system libraries, and settings.

Containerisation is actually the solution to the problem of how to run the application efficiently when it is moved from one environment to another. Let’s say the developer has developed the code in his own machine in Java 7 and it’s working fine, but when it’s moved to production/testing environment then it will not work because production/testing server is configured with Java 8.

Docker is used to creating, deploy and manage virtualized application containers on a common operating system (OS). You can find more details on docker on this blog here: Docker.

Containers are good whether it is a docker container or a Linux container and they are scalable as well. But scaling a container is a difficult task. Even in the cases when the container is already scaled up then the management of the container gets difficult. Autoscaling is missing here, and thus we need to take the aid of Kubernetes.

Kubernetes is originally designed by Google and donated to the Cloud Native Computing Foundation(CNCF), written in Go language. It is a content management tool, which manages container deployment, container auto-scaling, and container load balancing.

Difference between Docker and Kubernetes: Docker is a container hosting and container runtime platform while Kubernetes is a container orchestration platform. In other terms, containers run on Docker while they can be managed by Kubernetes. 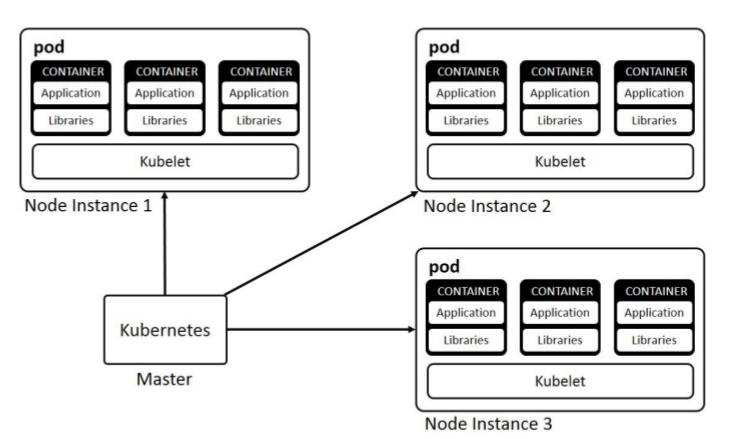 The master node is in touch with a number of individual Nodes, each running containers and each talking or communicating with the master using a piece of software known as a Kubelet. Each of the VMs in the cluster is known as a node instance. Each node instance has its own Kubelet talking to the master and atop, which runs a pod. A Pod is the atomic unit of Kubernetes cluster orchestration. In each pod, there can be one or multiple containers. So in short, the master talks to node instances, which in turn contain pods and those pods contain the containers.

Google Kubernetes Engine (GKE) provides an environment that is managed one, for deploying, managing, and scaling containerized applications using Google infrastructure. The environment which GKE provides consists of Google Compute Engine instances grouped together to form a cluster. Kubernetes Engine clusters are fueled by the Kubernetes open source cluster management system. The mechanisms through which you interact with your container cluster is provided by Kubernetes. You can use Kubernetes commands and resources to deploy and manage your applications, perform administration tasks and set policies, and monitor the health of your deployed workloads.

Creating a Kubernetes cluster and deploying a container

Here is some more information on Kubernetes Engine.