Posted in by Tudip at 07:07 Comments Off on What is a Bastion Host?

A bastion host is a special purpose computer on a network that is deliberately exposed to a public network and configured to withstand attacks. From a secured network perspective, it is the only node exposed to the outside world and is thus very prone to attack. Usually a single application is hosted by the computer, for example, a proxy server, and all other services are removed or limited to reduce the threat to the computer. 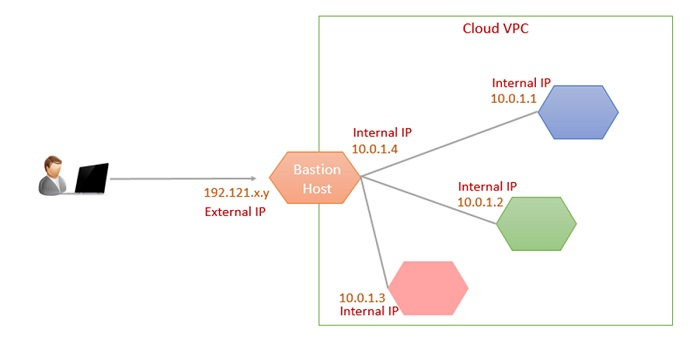 What is the purpose of a bastion host?

By using a bastion host, you can connect to instances that do not have an external IP address associated with it. This approach enables you to connect to a development environment or for the management of the database instance for your external application, for example, without configuring additional firewall rules.

Additionally, the best practice for an infrastructure administration is to limit access to the resources. This is where Bastion Host comes into the play, by allowing only itself to be communicated to the public network and restricting the public access to all the other resources which are in the same VPC (Virtual Private Cloud) network. Bastion Host connects to all the other resources via internal IP address as a perk of residing into the same VPC network along with other resources which can be a database, a firewall or another private server instances.

You can connect to an instance that does not have an external IP address with the help of Bastion host. This approach enables you to connect to a development environment or manage the database instance for your external application, for example, without configuring additional firewall rules.