Posted in by Tudip at 09:07 Comments Off on What is Github Copilot?

Github Copilot is an AI Co-programmer and is developed by Github. It is very powerful, fast and accurate in giving intelligent code. By using this, we can directly code what we want exactly and quickly. 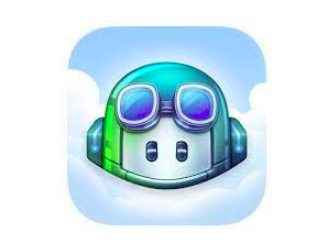 The CEO of github introduced this by saying “GitHub Copilot draws context from the code you’re working on, suggesting whole lines or entire functions,”. GitHub Copilot is a product of the partnership of Microsoft and OpenAI. It is developed by billions of code snippets.

Why is Github Copilot?

It automates our code in the best way. It helps developers to quickly create alternative ways to solve problems, write tests, and explore new APIs without having to worry about a search for answers on sites like StackOverflow and across the internet. 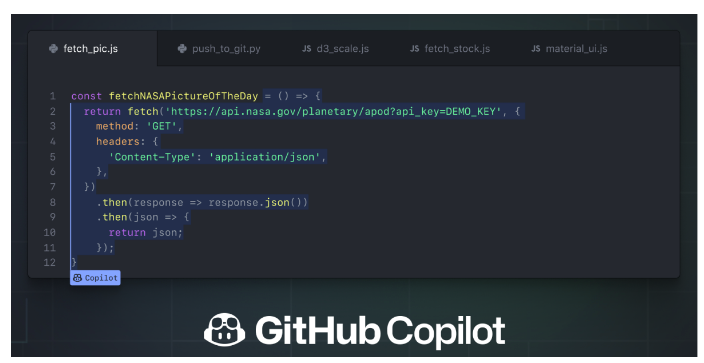 GitHub sees this as an evolution of pair programming, where two developers will work on the same project to catch each others’ mistakes and speed up the development process. With Copilot, one of the developers is virtual.

Friedman states as it is machine learning-based technology, it learns as you use it. Many developers are liking and using it now. It is more capable than the GPT – 3. It also completed the leet code puzzles. So, we can understand how good it is. 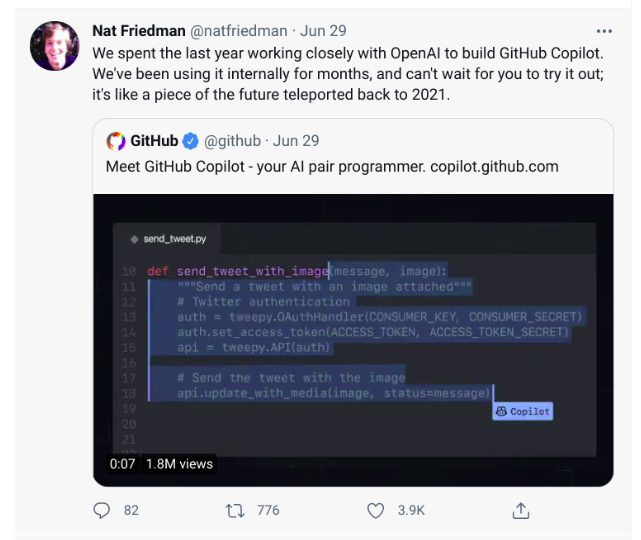 It supports multiple languages like Python, JavaScript, TypeScript, Ruby Go and e.t.c,. Currently it is available as an extension in Visual Studio code only.

Who knows, whether they might introduce a new IDE like Visual Studio code and built-in with Github Copilot. This might sometimes auto-expand an entire function body, which is great but at the same time, as developers, we have to be careful to read what we’re adding to and where to our programs.

Copilot is built on an algorithm called “OpenAI Codex”, which is a descendant of GPT-3. Because, GPT – 3 creates sentences whereas Open AI codex creates Code snippets as it is developed by TB’s of openly available code from github and english language. 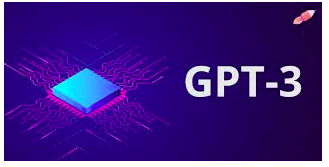 How to use Github Copilot?

Is Github Copilot a Curse to Developers?

My Answer is maybe “No”.

Because it generates the code which they have trained. It automates our code but not logic and our ideas and we have to make changes even after it generates code.

For example, if we are working with some big project, it will help for the code snippet which is mandatory or similar for many projects. But, all the projects are not the same. It just reduces our time and work on it.

And the biggest backdrop for the Github copilot is, it also automates the code which is licensed which is not legal. The Development team is focussing on the problem now. Maybe from the next production, it overcomes its backdrops.