Posted in by Tudip at 11:09 Comments Off on Why Choose Python For Web Development 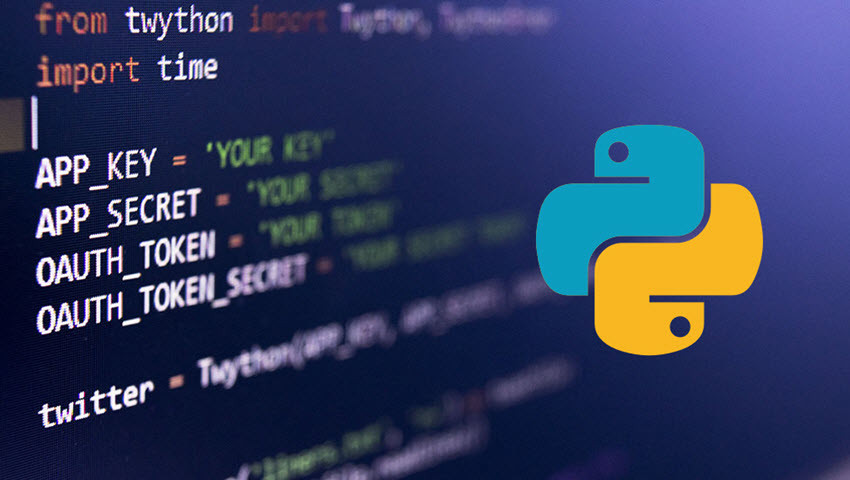 If there’s one programming language that has gained cult status on web development frameworks in the shortest possible time, it’s Python.

Besides being a powerful and advanced language for web development services, the simplicity and readability of Python make it a go-to initiation language for many developers.

When developers choose a programming language, they consider how robust and responsive the end application is and the volume of coding and complexities that it brings to the table. As an object-oriented programming language that is focused on Rapid Action Development (RAD), Python web development services have increasingly become the first choice for many large and mid-sized enterprises as well as startups. By choosing to build your website with Python, you can lower bounce rates and speed up loading times.

Research conducted by several web analytics firms shows that Python has emerged as the most popular coding language in recent years. In 2016, for instance, it commanded the largest share of the programming arena with a 26.7 market share. Java followed at 22.6% while C++ was a distant third with 9.9%.

Python is a favorite with developers for many reasons. It’s easier to learn when compared with other languages like PHP, Java, or C++, making it the first choice for beginners. It’s also sought after for its readability and efficiency.

Python is a powerful, yet easy-to-learn programming language that runs smoothly on most popular operating systems, be it Windows, Linux, or Mac.

Besides python web development services, Python is also used in various complex fields, including Artificial Intelligence, Deep Learning, and the Internet of Things. It’s also made inroads as a programming language of choice for web development in different industries, including travel, healthcare, transportation, and finance.

The biggest benefit of building websites with Python web development is that it can be used and distributed for free. Python is an open-source product, like Perl, Apache, and Linux, which means you’ll find all its coding information on the Internet. It also gives developers unrestricted access to copy, embed, and distribute Python in their products, making it an extremely useful language in the world of digital systems.

Python developers collaborate seamlessly: The simplicity of Python’s syntax allows users to deal with intricate systems and ensures efficiency in the collaboration between developers working on the same project. Being an easy to grasp programming language, you will find it easy to hire Python developers as even newbie developers can learn the language and join the development process faster.

Comprehensive Frameworks: Some of the most popular web development frameworks for Python include Django, Flask, Pyramid, Web2Py, and Turbogears. These frameworks are similar to toolboxes that help users speed up the development process of a web application. The Python and Django bundle is considered the most budget-friendly combination for developing web applications when it comes to comparing performance to price.

Comprehensive Frameworks: Some of the most popular web development frameworks for Python include Django, Flask, Pyramid, Web2Py, and Turbogears. These frameworks are similar to toolboxes that help users speed up the development process of a web application. The Python and Django bundle is considered the most budget-friendly combination for developing web applications when it comes to comparing performance to price.

Low entry barrier: Python is very similar to the English language. The easy-to-grasp syntax of this programming language allows developers to tackle complex systems head-on and ensure that all elements have a clear relationship with each other. Because of this unique feature, more first-time coders can learn the language and join the Python programming community faster.

Exhaustive range of libraries: There are a lot of Python libraries that developers can use to add speed to application development. These libraries are packages of pre-written code that are easily and openly available to everyone. This means you don’t have to start from scratch each time you code. Some of the libraries that are most popular with developers include Numpy, scitLearn for data analysis and mathematical algorithms, and x for composable SQL queries.

Well-suited for building prototypes: Since this programming language is easy to access, most programs built on it work seamlessly. You can also build prototypes to test out the code.

Runs on every platform: You could be developing a website or managing cloud infrastructures, Python has you covered. This go-to programming language is multifaceted, runs on almost every platform, and can perform numerous functions.

Asynchronous Coding: Writing and maintaining asynchronous code using Python is a smooth ride, as developers rarely face any roadblocks or confusing issues. Each unit of code runs separately, allowing them to handle a host of different situations and problems faster.

Most importantly: Python is open-source, freely available, stable, easily integrates with other languages, and lets you develop quickly with much less code.

Python is a powerful programming language that is behind some of the world’s most popular websites. Even then, it’s simple and straightforward syntax makes Python the easiest language for beginners to learn. Not just being perfect for newbies, it also serves as a perfect footbridge for learning more complex languages.

Hiring Python developers for web development is something that enterprises will gain from. The benefits that this programming dialect can bring to enterprises in the web development space can be mind-blowing, especially when it comes to working on short deadlines or on a budget.

If you want to know more about the power that Python developers can bring to your web development processes, contact Ecosmob Technologies @