Posted in by Tudip at 05:09 Comments Off on Internet of Things (IoT)

Internet of Things (IoT), isn’t a very well-known term for most of us. Although after knowing what it really is, you will find that you are already familiar with that. 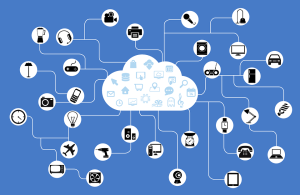 Internet of Things (IoT) is referred to as the network of devices like smartphones, tablets or digital machines through the Internet. These include all the devices that work with a sensor on it whether it’s a mechanical machine, any kind of engine or even a common wearable. These entities have the ability to transfer data on itself through a network without the involvement of any human identity. In this type of technology, the dependency on Human Interactions is negligible and it works on Machine to machine Interactions more commonly known as M2M technology.

These type of devices or this technology will be able to take decisions on its own based on the Real-Time analysis. And all this development is required only for one simple reason and that is our generation is rising as the one which is highly dependent on the Internet or the digital world. More and more users are coming up daily leading to an increase of traffic online. Due to shortage of time, concentration and accuracy, people are not able to complete all the tasks that they intend to or they plan to do.

But with the help of this technology, they won’t have to worry about it as there will be some computer that knows on itself what to do next? For example, It will have the intelligence based on which it will make us aware about the things that needs to be changed, replaced or cleaned. In more cooler words, the possibility of a real-life JARVIS(Just a Rather Very Intelligent System or JARVIS is the A.I. Butler of Iron Man a.k.a Tony Stark). 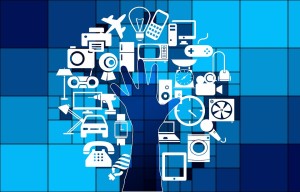 Some people might even complain that it’s against nature or there will be a lot of negative or adverse effects of the technology which could even make the computers superior to us. For their knowledge, IoT isn’t a new concept. IoT’s large number of applications can be widely found in the Building Management, Healthcare or the Hospitals, Energy Sector or in Transportation like the SIT or the Self Inflating Tires technology which is almost similar to IoT. The concept isn’t a new term and has been existing since the late 1990s.

In the year 1980, world’s first Internet Connectivity appliance was made which was basically a coke machine that used to work over the Internet and giving the status that whether there will be Cold drink available in the machine helping them to take a decision that whether they have to make a journey to the machine or not.

This will be another big step towards the future as though if we can digitalize the whole world preventing the wastage of our resources, putting a limit to them and ultimately saving money, time and even life. Only the sky is the limit.