Posted in by Tudip at 04:07 Comments Off on Ivy: New Angular Compiler

Angular Ivy is the code used for Angular’s next-generation compilation and rendering pipeline. With the version 9 release of Angular, the new compiler and their runtime instructions are used by default instead of the older compiler and runtime, known as View Engine. Firstly, we take a look:

How does the compiler work? 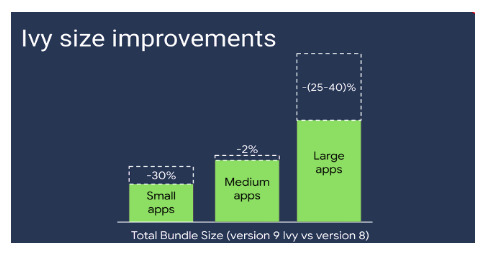 How does it work?

It is “tree-shaking friendly,” which means that it automatically removes unused code (including unused Angular features!), shrinking your bundles. Another feature is that it compiles each file separately, reducing rebuild times. In short — you get minified builds, faster rebuild times and simpler generated code.

If we look on the top of the generated file we get the following statement: