Posted in by Tudip at 06:10 Comments Off on Closures and their importance in Javascript

Functions along with a reference to its lexical environment bundled together are known as closures.
Each and every function in javascript has access to its outer lexical environment, which means it has access to the variables and functions which are present in its parent or parent’s parent. Even when this function is executed in some other scope, not in the scope where it is physically present, it still remembers the reference of its lexical scope.

Let’s have a look at a basic example of closures. 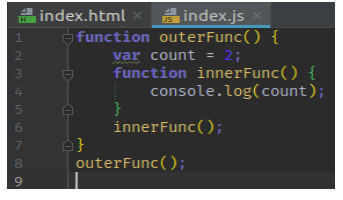 This was a simple explanation about closures now let’s deep dive into closures. 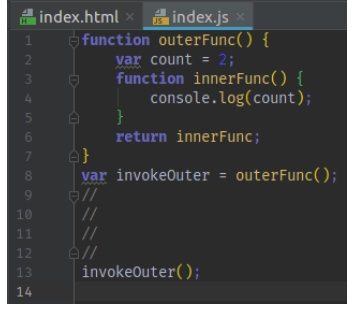 As we saw through the above examples, closure is a beautiful concept of javascript. It allows us to access variables and functions later whenever we need even if that function’s execution context is not there anymore. Closures also provide data encapsulation. Closures allow callbacks, event handlers capture variables. Every Javascript developer should be well introduced with closures while functional programming.