Posted in by Tudip at 09:08 Comments Off on Google IoT Core Overview 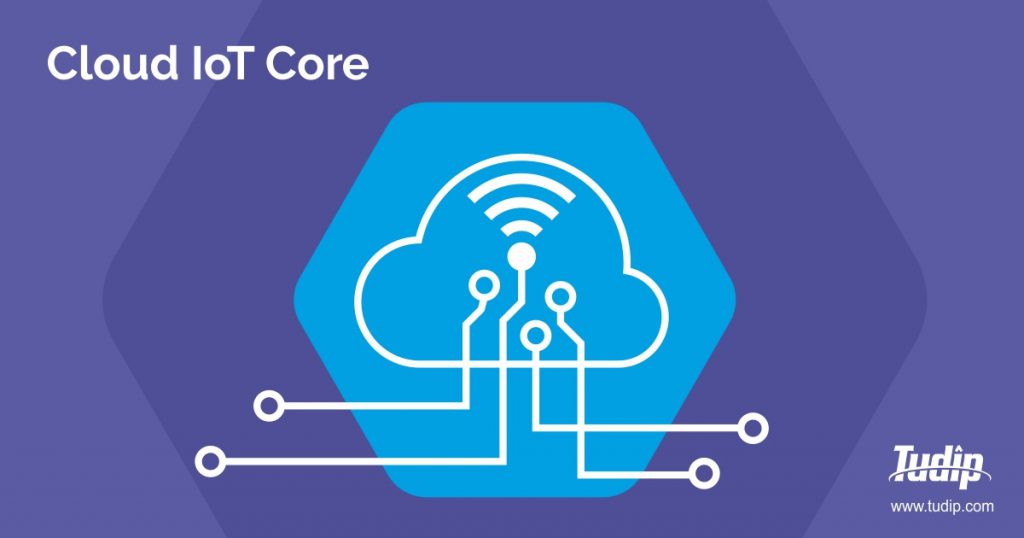 Cloud IoT Core is a fully managed service that easily and securely connects and manages your global device network. Devices can connect to the cloud through IoT Core, instead of being processed by a gateway. IoT Core adds security and helps funnel massive amounts of sensor data into its suite of data processing and analytics products. Google’s Cloud IoT Core also takes care of the load balancing and horizontal scaling as part of being on its serverless infrastructure. On Android Things platform, the integration with IoT Core will help push out firmware and device update seamlessly.

The main components of Cloud IoT Core are Device manager and protocol bridges(MQTT and HTTP):

The following diagram shows the service components and the flow of data.

For a device to connect, it must be registered with Cloud IoT Core. Registration consists of adding a device to a registry and defining the essential properties.

Device telemetry data is forwarded to a Cloud pub/sub topic, which can be used to trigger the Cloud Function. One can perform streaming analysis with Cloud Dataflow or custom analysis with their own subscribers.

The authenticated provisioner, configuring the device, have created a project and a registry, and have permission to create devices. The provisioner uses the Cloud IoT Core API, gcloud commands, or the Google Cloud Platform Console to create a logical device in the cloud. 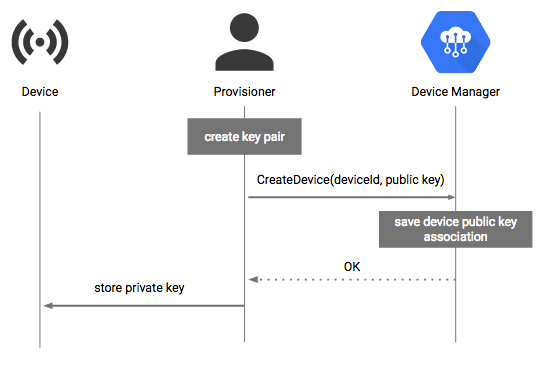 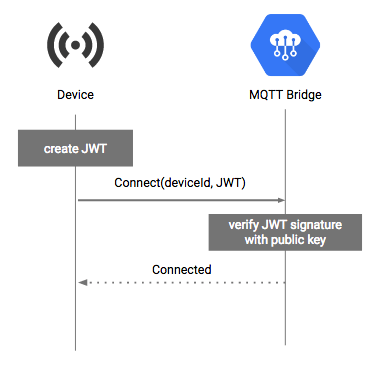