Posted in by Tudip at 07:10 Comments Off on Introduction to “XPath”

XPath is a query language for selecting the nodes from the XML or HTML document. It is used for scraping the web content from the XML or HTML document using a different type of selectors to get the actual content that we want to get from the document. Xpath was defined by the Wide Web Consortium. There is also CSS selectors but these selectors are not used while getting the complicated path. CSS selectors work with attributes like ID and Class, while Xpath selectors will traverse the whole DOM with the top down approach and also work with nested elements, so xpath is preferred for scraping the web content. So with the help of XPath, you can extract the data based on text elements contents.

Based on the location of node in the HTML document. Xpath is classified into two types:

Types of nodes in an XPath tree:

XPath handles the XML or HTML document as a tree. The following figure shows how the Xpath tree for the HTML document looks like: 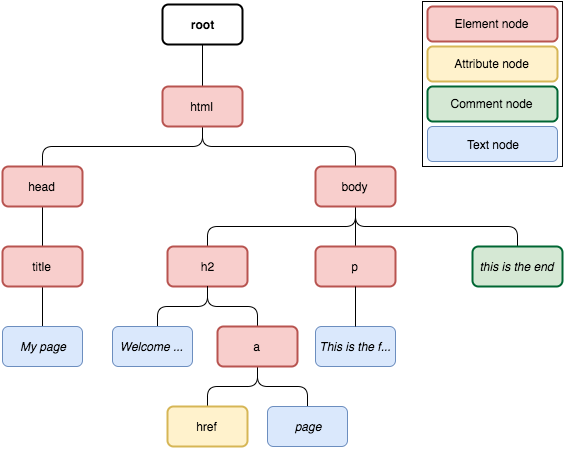 Below are the different types of nodes in an XPath tree:

Now, suppose that if we want the title of the html page by using the xpath expression it should be: /html/head/title Instead of giving the full node path from root of the tree, we can also select them by using: //title, which means it will look into the whole tree, starting from the root of the tree (//) and select only those nodes whose name matches with title.

Some examples of name tests:

Some examples of node type tests:

We can also combine name and node tests in a single expression. Let us consider an example: //p/text() This expression selects the text nodes inside of p elements. So from the above example, it will select “This is the first paragraph.” Consider this HTML document: 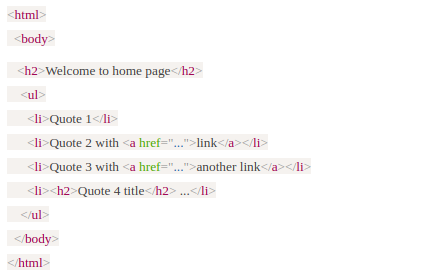 Suppose we want to select only the first li node from the above example. Then the expression is: //li[position() = 1]. This expression which is enclosed by square brackets is called as predicate and it filters the node set returned by //li. It will checks each node’s position using the position() function, which returns the position of the current node. We can abbreviate the expression above to: //li[1] Both XPath expressions above would select the following element: <li class=”quote”>Quote 1</li>

Some examples of predicate:

We can also combine multiple XPath expressions in a single XPath using the union operator |. It will combine two different xpath into single XPath. For an example, we can select all the a and h2 elements in the document above : //a | //h2 Now, consider this HTML document: 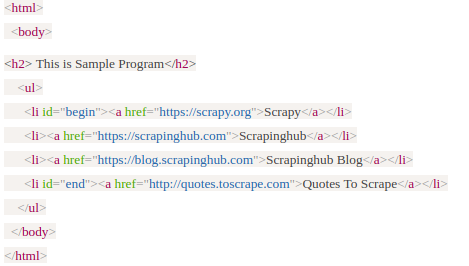 Suppose we want to select only the a elements whose link points to an HTTPS URL. We can do it by checking their href attribute: //a[starts-with(@href, “https”)] This expression will selects all the a elements from HTML document and for each of those elements, it will checks whether their href attribute starts with “https”. We can access any node attribute using the @attributename syntax.

Some examples which uses attribute element:

If we want to get the element with the help of its text then we can get it by: //*[contains(text(),”This”)] , it will select matches the text “This” in the html document.

Suppose if we want to get all the elements between two different specific text in the document. Consider the following example: 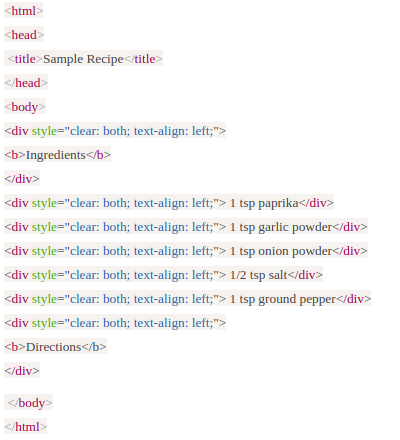 Xpath is a very powerful and vast topic, this is just an introduction to the basic concepts. If you want to learn more about it, please refer below links:

One can use online XPath tester (https://extendsclass.com/xpath-tester.html) as well.