Posted in by Tudip at 08:04 Comments Off on Things to Know about Publishing Ionic Apps!

Getting ready to kick start your next hybrid mobile application development framework and not sure about whether to publish your progressive web apps? This blog is for you!

So let’s quickly look at the outline of the Ionic Framework and its usage in the emerging technology era.

What is meant by the ionic framework?

Ionic is an open source framework mostly used to create Hybrid Mobile Applications. Hybrid Applications are essentially small websites running in a browser shell in an app having only one codebase which can work on both the iOS and Android platforms. Ionic build on top of the Cordova and AngularJS where one can write his own logic with the help of CSS, HTML, and JavaScript languages.

One of the prominent benefits of developing Ionic App is, it can be developed mostly through the browser itself (where developers don’t need any mobile device to debug the changes). Since Ionic is an HTML5 framework, it uses the PhoneGap or Cordova as the native wrapper in order to run as the native apps.

Before we move ahead with the topic publishing Ionic App, make sure you have all the prerequisites tools installed on your local machine.

Now, I am assuming that you already have the prerequisites installed and app is in working state, which is ready to broadcast in the world. So first, we need to generate a release build version of our app based on the target we wish to deploy on.

How do I publish an ionic app on Android play store? 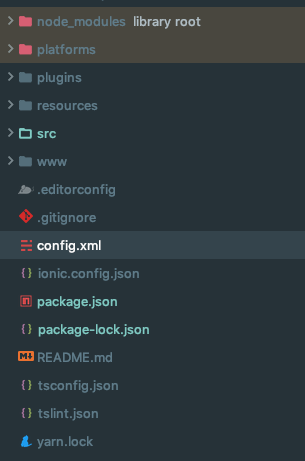 Open the config.xml file into the editor of your interest, where you can find this file in your project’s root folder.

Note: The id is a unique identifier used to publish your app to iOS or Android store. The id with Android build is nothing but your package name and with iOS it’s bundle ID.

To distribute your app on Android Play Store and on the other app distribution channels, we will need to build a digitally signed APK (Make sure you have already installed Android SDK before moving to this step).

Follow the instructions given on the terminal to type in your password and other information. Please save this file in a safe location as this is needed in case if you want to sign a new build again and release an update.

How do you publish an ionic app for IOS iTunes?

First, make sure you have a valid Apple Developer account (it will cost nearly $99). Then, the next thing is to generate the certificates for the iOS which is a bit tedious process, so be sure to verify Apple’s documentation on what certificates are and how to generate them. To create the profiles and certificates needed, visit Apple’s member center and follow the links described in the same. You can find out two types of certificates:

We are using Xcode for publishing the app to Apple, where you will need to associate the expected certification and a provisioning profile.

Step 3: Submitting the app to the App Store

Ionic is a better choice for mobile application development which comes with stunning features. One can combine Ionic with continuous integration & delivery, where it really starts to shine and provide great value to the business and higher productivity. I hope that this blog has been able to give you some context about publishing Ionic Apps to the Android Play Store and the iOS App Store.

Read more: How to Build Mobile Apps with Ionic Framework?