Posted in by Tudip at 10:01 Comments Off on Video functionality to React Native app

If you’re a mobile application developer, skilled in React Native, then it’s highly likely you would like to feature a video player in your app.

In this article, I am going to explain how we can add a video component  for the React Native app.

Before starting I am assuming you have following things:

React Native Libraries used in this:

Run the following commands to install:

Once installing the pod file is a success, you are ready to use the Video and MediaControls component.

As per documentation, the first step is to import the Video and MediaControls component  as shown below

Then, add the following code to render the Video and MediaControls: 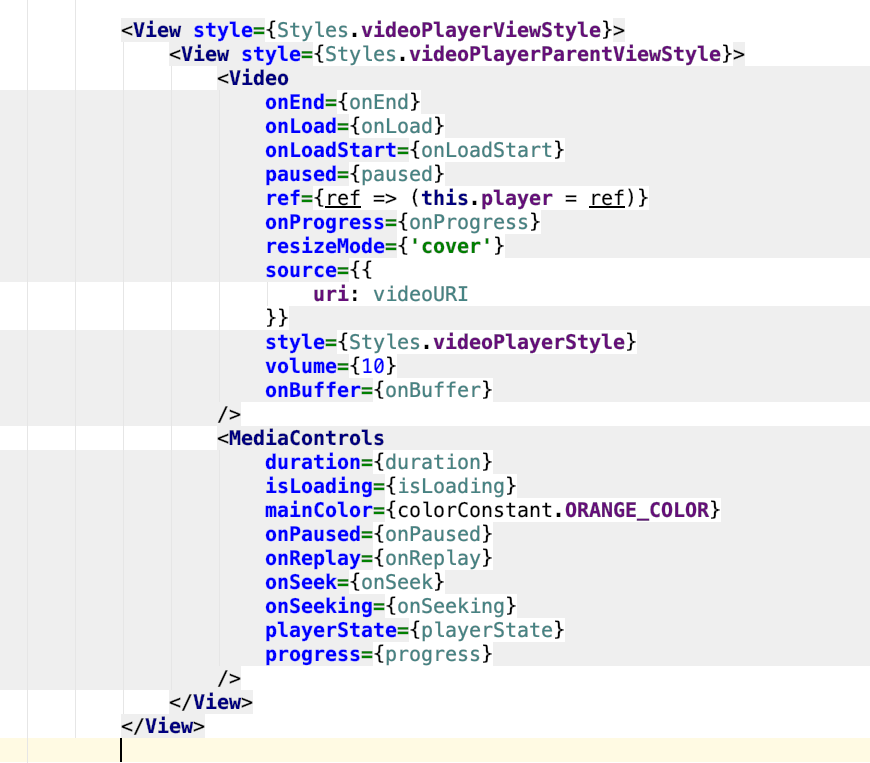 The Video and MediaControls component props: