Posted in by Tudip at 06:12 Comments Off on What is Docker?

Docker is the operating system level virtualization. It is a tool that reduces the complexity of the communication that required between teams of people while deploying software in the production. As a developer, we can build containers which have different applications installed on them. We can give it to the QA team and they will only need to run a container to replicate the development environment. Now it’s obvious to ask, how does it help? It helps in such a way that there is no need to install all the dependency software and applications by the QA team to test code and so, it will save a lot of time and energy. It also ensures that the working environment is consistent among all the individual involved in the process of developing the application.

The fundamental architecture of Docker is a simple client/server model, with only one executable that acts as both component’s client and server, depending on how you invoke the command. 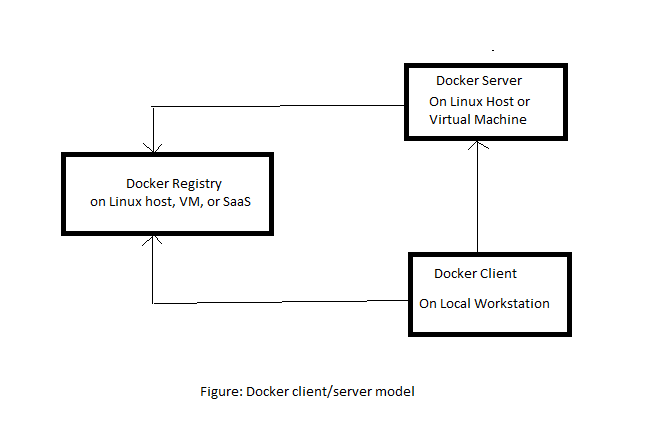 You have to use the client to tell the server what to do. A single client can address any number of servers.

The server does the ongoing work of running and managing your containers. The Docker daemon can run on any number of servers in the infrastructure.

SET UP THE REPOSITORY

What are Docker images?

Docker images consist of one or more filesystem layers and some important metadata that represent all the files required to run a Dockerized application. Every Docker container is based on an image, which provides the basis for everything that you will ever deploy and run with Docker. To launch a container, you can either download the image from Docker hub or create your own Docker image.

What is a Docker container?

Docker container is an instance of the image. You can easily create multiple containers from the same image. A container is a self-contained execution environment that shares the kernel of the host system and which is isolated from other containers in the system.

What is a Dockerfile?

A Dockerfile describes all the steps that are required to create an image. Each line in a Dockerfile creates a new image layer that is stored by Docker. Dockerfile might look something like the one shown here, which will create a container for a Node.js based application:

The FROM field will pool the version 8.9.1 of NODE.JS.

The MAINTAINER field provides contact information for the Dockerfile’s author, which populates the author field in all resulting images’ metadata:

The WORKDIR created the working directory for your application inside the container.

The RUN instruction, you can list here all the dependencies that required by your application.

The CMD instruction, which defines the command that launches the process that you want to run within the container:

What is a Docker-compose file?

Docker compose is a tool for defining and running multi-container Docker applications. You can compose a file to configure your application’s services. Then, using a single command, you can create and start all the services from your configuration.