Posted in by Tudip at 05:06 Comments Off on Easy JSON parsing with Codable

Now Let’s Get Into The Fun Part of coding

There is an API for displaying Zomato cities, and the endpoint is for Pune:

If you want to try you can try that out on link.
So, the response for this endpoint will look like this: 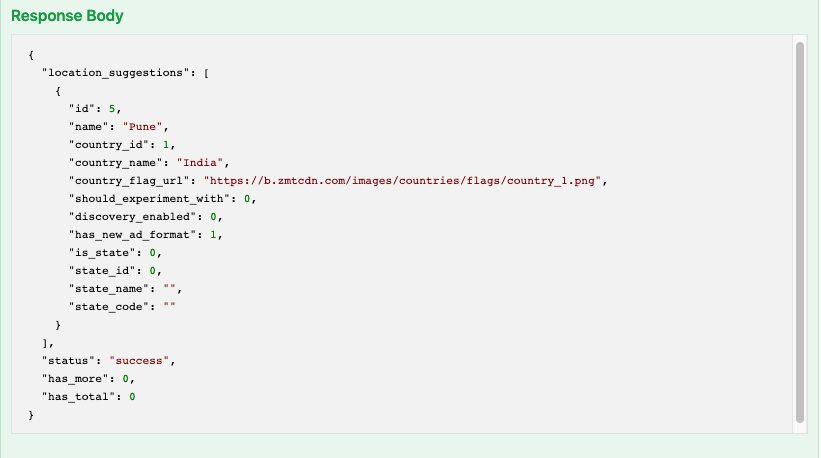 This is a lot of information, but we’re only going to use the following properties for the demo.

Using this simple Swift Struct, we can easily create a model for this information.

I can probably go ahead and write a builder for every property and so on. I will stop at this stage, however, as I have already noticed the problems.

Luckily, Codable has a response to both issues. 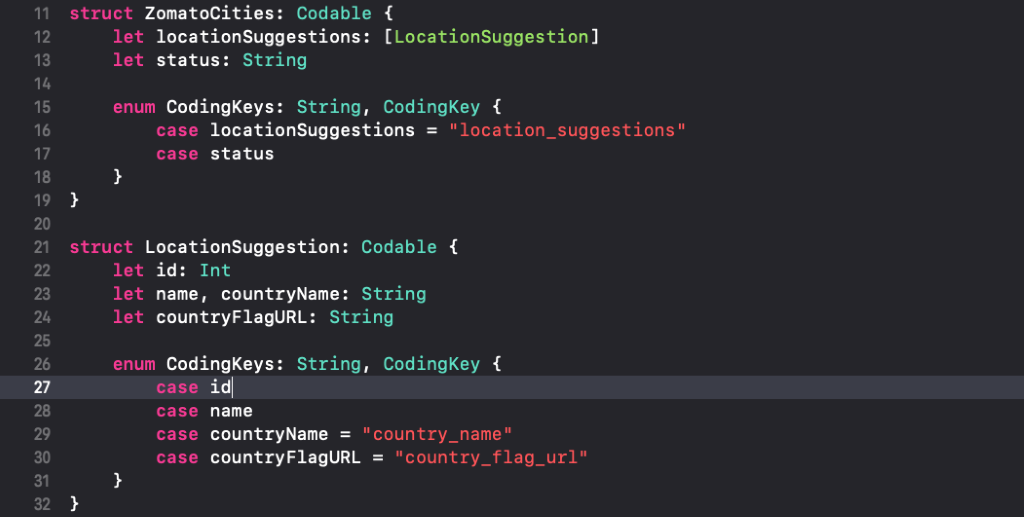 We have now achieved snake casing for Swift and we also have Swift types in our model by complying with the Codable protocol.
Now we’ve got our JSON endpoints and model based on the JSON, let’s see how easy this JSON is to parse. First, we will apply to the endpoint and record the JSON and use JSONDecoder to parse the JSON with a single line of code. 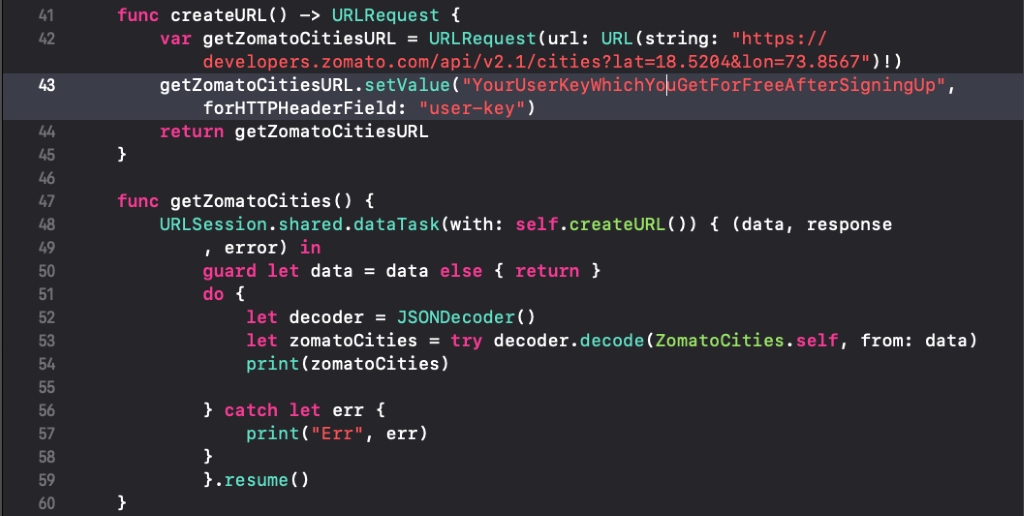 This is it! We’ve parsed JSON with one or several lines of code. We can now use the ZomatoCities object to print all the properties. 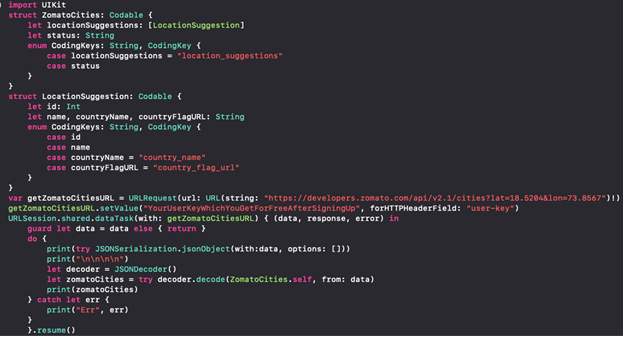