Posted in by Tudip at 09:06 Comments Off on IDE automation: Record and Play web actions

Automation is a testing technique, which executes the testsuites based on the requirement. It involves entering test data into the system, comparing the actual and expected results and generating the detailed report of execution.

Integrated development environment (IDE) is a software which is used to write code in various formats. Automation testing is impossible without the right tools. Automation is challenging and requires technical skills and no human intervention is needed once it is automated.

One of the most widely used tools for IDE automation is selenium IDE. It is available as a browser extension for chrome and Mozilla.

It is primarily used as a record and run tool which a user can develop test cases by recording the browser actions. It can be used to develop automated test cases for the web applications. Selenium IDE provides GUI for the recording interactions in your web browser.

Steps to edit the recorded actions:

Selenium IDE will record the actions performed in the web browser and creates commands in the GUI window. Follow the below steps to edit or rearrange the action steps: 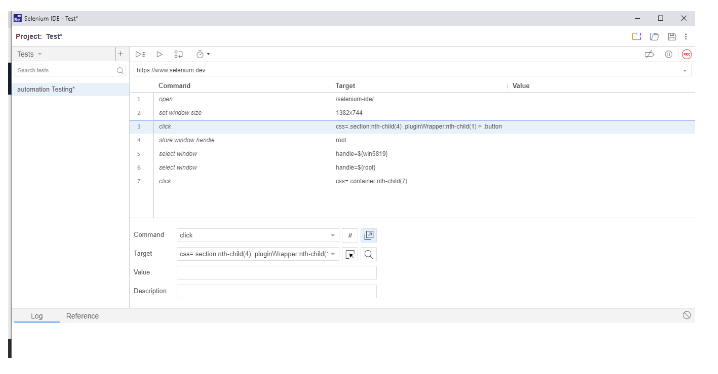 Steps to run the test cases with command line:

Selenium IDE supports the running of the test cases with the command line. It requires installing the necessary browser drivers. Follow the below steps to install and run the test in command prompt: 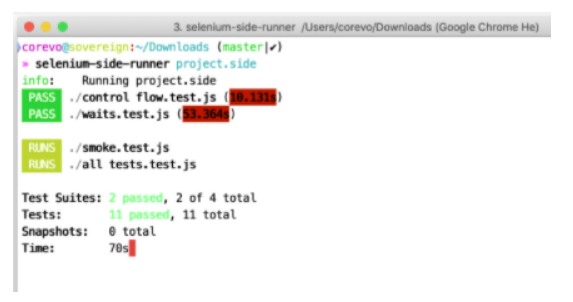